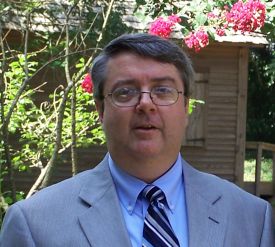 Dr. Curt Watke grew up in a Pastors home in Wyoming and Montana, but has since lived in 9 additional US states across most of the US regions and 2 Canadian provinces. His experience with culture shock as an early teen led him to both a passion for missions and a devotion to understanding cultural differences. As a North American missiologist, he has a passion for equipping churches to reach diverse people groups across North America.  He has developed cutting edge contextual resources for helping churches connect with the cultural groups in their communities.  He specializes in helping churches to develop missional strategies to reach, disciple, and congregationalize people from the ethnic, lifestyle, lifestage, and religious groups in their area.

He has served churches in pastoral ministry in Georgia, Virginia and Pennsylvania and trained church planters who started postmodern Anglo, Mandarin, and Portuguese-language churches in Canada. He has trained pastors on three continents, holds two masters degrees and a doctorate (PhD) with a double major in both missiology and in evangelism.  His major professors were Drs. Roy Fish, Malcolm McDow, Daniel Sanchez, and Ebbie Smith.  He has also completed the Transitional Pastor training through the South Carolina Baptist Convention.

He has conducted sociocultural research in both the United States and Canada; served as a professor of Evangelism & Church Planting at Prairie Bible College and Graduate School in Alberta, Canada and has taught at five other seminaries and graduates schools in the United States and Canada including Southeastern Seminary, Southwestern Seminary, Golden Gate Seminary, Biblical Seminary and Heritage Baptist Seminary (Canada).  He founded the Intercultural Institute for Contextual Ministry (IICM) in 2003 after serving in the Church Planting Group at the North American Mission Board, SBC.

Through IICM he has had partnerships with 19 Southern Baptist state conventions and several associations across the country providing training, research, and resources to equip and mobilize pastors and churches to minister more effectively in their communities.  He has worked with some Methodist and Presbyterian groups as well. He regularly speaks to pastors and denominational leaders about North American missional issues.